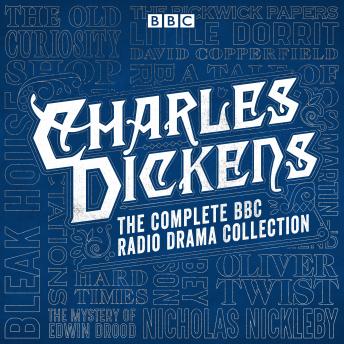 Charles Dickens is one of the most renowned authors of all time, and this digital volume of the dramatised canon of his work includes fifteen of his most popular novels.

With their compelling plots, larger-than-life characters and vivid descriptions of Victorian life, Dickens’ stories have captivated generations of readers. These radio adaptations bring out all the hope and happiness, pathos and tragedy, satire and social realism of his seven classic masterpieces.

This title is due for release on March 1, 2018
We'll send you an email as soon as it is available!