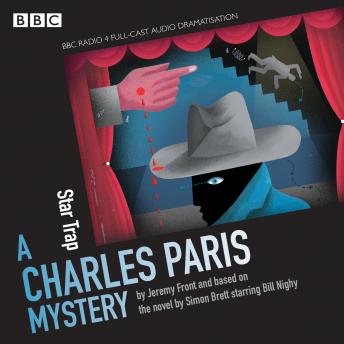 When Charles Paris’ agent rings with the news that he has a part for him in a new musical, Charles is delighted – and somewhat amazed, as he can neither sing nor dance.

But Maurice has an ulterior motive: as one of the show’s backers, he wants Charles to play detective and investigate a series of accidents that have dogged the production. The pianist has been shot in the hand and another cast member fell downstairs – or was he pushed? Anxious about their investment and their star, Chris Watt, the ‘angels’ are keen to ensure that nothing else goes wrong.

Joining the company, Charles discovers that Chris, although amazingly talented, is a prima donna who has made enemies of almost everyone. When the accidents resume, it begins to look as if anyone who disagrees with him is being targeted. But would the star really sabotage his own show? Charles must find out – before things turn murderous…

This title is due for release on April 18, 2019
We'll send you an email as soon as it is available!