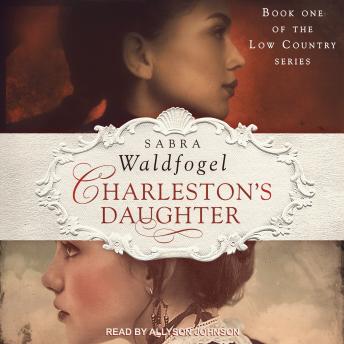 A Charleston belle with slavery on her conscience. A slave with rebellion in her heart. In South Carolina in 1858, no friendship could be more dangerous.

Caro Jarvie's father, who owns her, loves her and educates her. He raises her for a life she can never have-as a wealthy planter's daughter. When he dies, he can't protect her, and she is cast back into slavery. But she can't forget her father's promise. As she grieves for him, she yearns for freedom.

Emily Jarvie, daughter of a wealthy planter, is content with slavery-until she inherits a slave cousin in Caro. Her conscience goads her into an act of charity. She gives Caro a shawl. She is shocked-and transformed-when Caro has the audacity to ask her for a book instead.

As South Carolina hurtles toward secession, will their bond destroy their lives-or set them both free?

This title is due for release on July 14, 2020
We'll send you an email as soon as it is available!