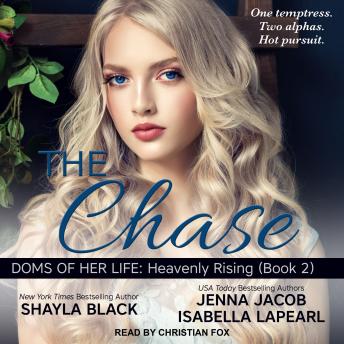 The night Heavenly Young gave her innocence to Dr. Kenneth Beckman and Seth Cooper, her world was ripped apart by betrayal and tragedy. She leaves behind everything and everyone to fulfill a deathbed promise and start her life over. But her solitary quest forces her to face her past and question where her future truly lies-alone or in the arms of the two unforgettable men she loves?

After putting his heart on the line, Seth's devastated when Heavenly walks away from him and Beck. Hell-bent on reclaiming her, they chase her down and help her complete her solemn duty. But Heavenly is caught between independence and love, forcing him and Beck to make her a deal. She'll give them total commitment for eight weeks. If she still wants her freedom after that, they'll let her go-for good.

After Beck's reckless mistake implodes the fragile bond he and Seth share with Heavenly, he's determined to prove they can give her both the adventure she seeks and the devotion she craves. So the men devise a game to break down her barriers and bind her in bliss. But when their dreams are within reach, a demon from Beck's long-forgotten past returns, bent on revenge that might cost him his life.