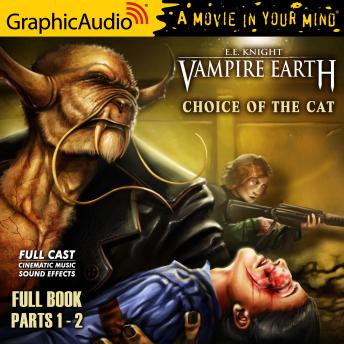 David Valentine resigns as a Wolf militia, and accepts an offer to become a Cat, one of the stealthy warriors trained to spy on, and go toe-to-toe with the Reapers. Under the command of his mentor, Smoke, Val's first mission is to enter the Kurian zone and investigate ''The Twisted Cross'', a strike force of alien-human hybrids, possessing the skills of combat veterans and the hunger of the Reapers....Along the way he befriends a powerful alien, a Grog named Anh-Ka, who declares David his blood brother after Valentine nurses him back from death.

This title is due for release on November 1, 2020
We'll send you an email as soon as it is available!