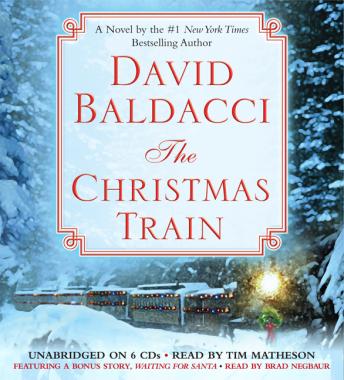 A journalist on a cross-country Christmas train scales the rugged terrain of his own heart in this New York Times bestselling holiday tale that inspired the Hallmark Hall of Fame original movie!

Disillusioned journalist Tom Langdon must get from Washington to Los Angeles in time for Christmas. Forced to travel by train, he begins a journey of rude awakenings, thrilling adventures, and holiday magic. He has no idea that the locomotives pulling him across America will actually take him into the rugged terrain of his own heart, as he rediscovers people's essential goodness and someone very special he believed he had lost.

David Baldacci's THE CHRISTMAS TRAIN is filled with memorable characters who have packed their bags with as much wisdom as mischief...and shows how we do get second chances to fulfill our deepest hopes and dreams, especially during this season of miracles.

This title is due for release on August 1, 2005
We'll send you an email as soon as it is available!