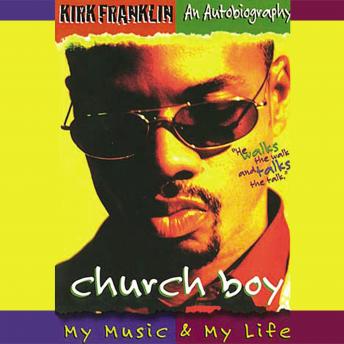 Church Boy: My Music and My Life

When he fell from a darkened stage in November 1996, Kirk Franklin could easily have been killed. That ten-foot plunge might have ended the career of one of America's most exciting young prodigies. But thanks to his dramatic recovery, the fall added not only a new dimension to his story but it brought Kirk Franklin to the attention of millions who otherwise might never have heard the name.

Today Kirk Franklin is bigger than ever. His recordings have topped the charts, selling more copies in less time than any gospel musician in history. He has won every award gospel music has to offer but his own success is the last thing on his mind.

This is the story of a young man from the poor side of town. He was taunted and teased as a child, but his faith and his remarkable musical talent helped him overcome the odds. In these pages Kirk Franklin reveals the real source of his strength. 'What motivates me,' he says, 'is the knowledge that God has redeemed me from the pain and the hurts and the sin of my past and given me a new joy I can't even explain. It's not just for show,' he says. 'It's the truth, and that's what I want to express.'

Photos from Kirk’s life are included in the audiobook companion PDF download.

This title is due for release on December 13, 2022
We'll send you an email as soon as it is available!