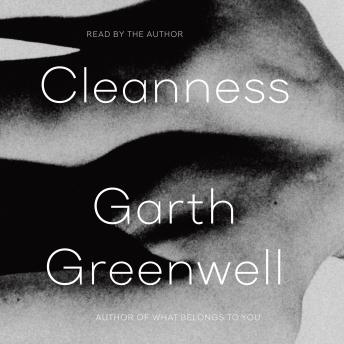 'Garth Greenwell’s superb narration makes a powerful case for authors reading their own work. This bleak, honest novel is about the impossibility of knowing all the complicated truths of a person. Though the novel includes dialogue, Greenwell doesn’t alter his voice as he shifts between characters, a choice that adds to the intensity and power of the first-person point of view.' -- BookTrib

In the highly anticipated follow-up to his beloved debut, What Belongs to You, Garth Greenwell deepens his exploration of foreignness, obligation, and desire. A New York Times Notable Books of 2020

In this atmosphere of disquiet, an American teacher navigates a life transformed by the discovery and loss of love. As he prepares to leave the place he’s come to call home, he grapples with the intimate encounters that have marked his years abroad, each bearing uncanny reminders of his past. A queer student’s confession recalls his own first love, a stranger’s seduction devolves into paternal sadism, and a romance with another foreigner opens, and heals, old wounds. Each echo reveals startling insights about what it means to seek connection: with those we love, with the places we inhabit, and with our own fugitive selves.

Cleanness revisits and expands the world of Garth Greenwell’s beloved debut, What Belongs to You, declared “an instant classic” by The New York Times Book Review. In exacting, elegant prose, he transcribes the strange dialects of desire, cementing his stature as one of our most vital living writers.

A finely crafted novel providing insight into the tensions, complexities, and contradictions of one gay man's life. Beautifully modulated and nuanced in it language, pleasingly symmetrical in it architecture, and intensely tender and romantic in some of its moments. It contains graphically described sadomasochistic sex, but this is not gratuitous, as it provides vital elements in the composite portrait of the narrator. A wonderful book, but not to be embarked on without some willingness to read through harsh and disturbing scenes.

beautifully written: extremly sensitive and perceptive writing. Mostly, I loved the book. The final Chapter is beyond perfect.