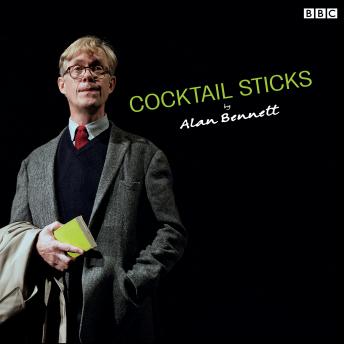 A radio adaptation of Alan Bennett's short autobiographical play, originally directed by Nicholas Hytner for the National Theatre. Alan looks back on his early life with affection and sadness, revisiting some of the themes and conversations of his memoir 'A Life Like other People's'. Both he and his mother are seduced by the idea that other people's lives are much richer and fulfilling than their own. But when they do, finally, have cocktail parties, they are not at all what his mother would have envisaged.... Alan is played by Alex Jennings and Alan Bennett, supported by the original National theatre cast of Gabrielle Lloyd, Jeff Rawle, Sue Wallace and Derek Hutchinson.

This title is due for release on January 15, 2015
We'll send you an email as soon as it is available!