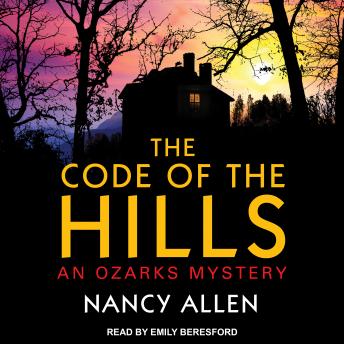 The Code of the Hills: An Ozarks Mystery

In the Missouri Ozarks, some things aren't talked about . . . even abuse. But prosecutor Elsie Arnold is determined to change that.

When she is assigned to prosecute a high-profile incest case in which a father is accused of abusing his three young daughters, Elsie is ready to become the Ozarks' avenging angel.

But as Elsie sinks her teeth into the case, everything begins to turn sour. The star witness goes missing; the girls refuse to talk about their father, who terrorizes the courtroom from the moment he enters; and Elsie begins to suspect that their tough-as-nails mother has ulterior motives. To make matters worse, Elsie receives gruesome threats from local extremists, warning her to mind her own business.

While Elsie swears not to let a sex offender walk, she realizes the odds-and maybe the town-are against her, and her life begins to crumble. But amidst all of the conflict, the safety of three young girls hangs in the balance . . .

This book annoyed me from the beginning but absolutely infuriated me when the author decided to vilify a poor opossum and spread misinformation. Please get your facts straight! They do not carry rabies and cannot even have the disease bc their body temperature is lower than other mammals. They also are a huge help in stopping the spread of tick-borne illnesses because they eat ticks. Unnecessarily perpetuating myths like these in your novel causes much harm.