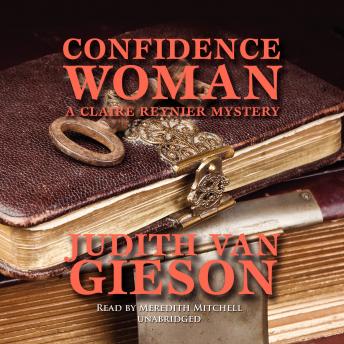 When Claire Reynier becomes the victim of credit card fraud, she’s stunned to discover that Evelyn Martin, an old college friend and sorority sister, is the culprit. She’s even more shocked when Evelyn turns up dead. According to the police, Evelyn also swindled three other former classmates, but Claire is the only one without an alibi for the time of Evelyn’s murder. And the only one with an extra motive: Evelyn stole her rare signed first edition of Herman Melville’s The Confidence-Man, which is still missing. Now, dodging danger at every turn, Claire must sift through past grudges and long-buried resentments to uncover the truth—and clear her name.