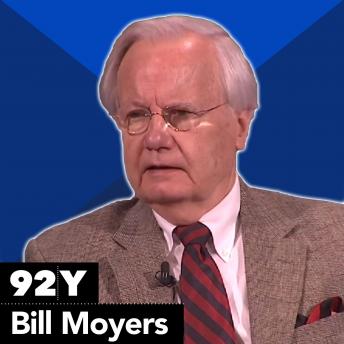 Bill Moyers was a founding organizer of the Peace Corps, a senior White House assistant and press secretary to President Lyndon Johnson from 1963 to 1967, the publisher of Newsday, a senior news analyst for CBS News and the producer of groundbreaking series for public television. He is the winner of more than 30 Emmy awards and nine Peabody awards. Among his best-selling books are Listening to America, A World of Ideas, The Power of Myth (with Joseph Campbell) and Moyers on America. He is the author of Bill Moyers Journal: The Conversation Continues, where he brings his important work to the page. In recounting some of his most fascinating interviews, he introduces the ideas that matter today—on subjects as diverse as the politics of food, race in the age of Obama, aging in America, the power of poetry, wars in the Middle East and Afghanistan, the conflict over gay marriage and the fate of the American newspaper.

This title is due for release on May 19, 2011
We'll send you an email as soon as it is available!