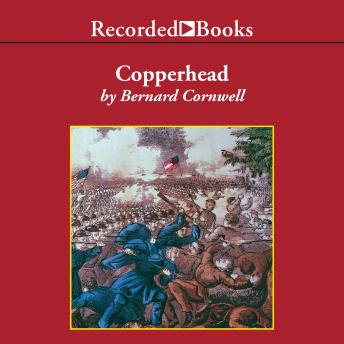 Bernard Cornwell, an English journalist and novelist, has lived in America for almost two decades. The Starbuck Chronicles combine his extensive knowledge of military history and his considerable literary talents. This series puts you on the smoke-filled battlefields of the Civil War and in the company of its heroes and villains. Boston-born Nate Starbuck is a Copperhead. He has turned away from his northern family and is fighting for the Confederate Army. Charged by the excitement of war, he is a fearless soldier. But when he is accused of leaking military information, Nate finds himself labeled a spy by both the North and the South. Now nowhere is safe for him. Copperhead continues the saga begun in Rebel. As you follow young Starbuck, you'll see the brilliant strategies and unexpected blunders that shape the path of the Civil War. Narrator Ed Sala's performance conveys the passion and drama of this vivid historical series.

This title is due for release on May 27, 2011
We'll send you an email as soon as it is available!