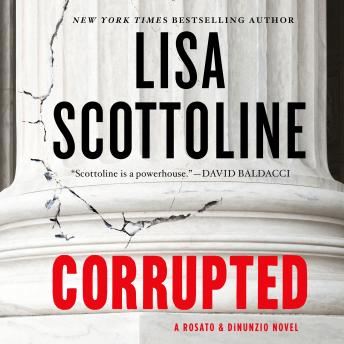 #3 of A Rosato & DiNunzio Novel

In Lisa Scottoline's Corrupted, Bennie Rosato, the founder of the Rosato & DiNunzio law firm, hides her big heart beneath her tough-as-nails exterior and she doesn't like to fail.

Now, a case from her past shows her how differently things might have turned out. Thirteen years ago, Bennie Rosato took on Jason Leftavick, a twelve-year-old boy who was sent to a juvenile detention center after fighting a class bully. Bennie couldn't free Jason, and to this day it's the case that haunts her. Jason has grown up in and out of juvenile prison, and his adulthood hasn't been any easier. Bennie no longer represents those accused of murder, but when Jason is indicted for killing the same bully he fought with as a kid, she sees no choice but to represent him. She doesn't know whether or not to believe his claims of innocence, but she knows she owes him for past failures-of the law, of the juvenile justice system, and of herself. Forced to relive the darkest period of her life, Bennie will do everything in her power to get the truth, and justice.

Really enjoyed this book. Loved the legal stuff and found it interesting. I thought the reader was perfect for this book and did a wonderful job. Very enjoyable.

Only my second book by this author. The beginning is slow but picks up in the middle. Overall I enjoyed listening to this book. Enjoyed the storyline and I am becoming a fan of Bennie Rosato the lead charter in this novel series. I am looking forward to reading more.

The topic hit home on how the no tolerance policies with in the school system can change a child's direction and how they're perceived by having criminal record. Great story!!!

I enjoyed this. Not the best , not bad. I always enjoy visiting friends in a book. I like to see how the author has matured the characters and how they've evolved. I've lived most of ms scottolines books

Fantastic Read! The characters are very well developed and you either love or hate them. I did not see the ending coming.

It was a good book. I would recommend it

Loved this book! And the Narration. It was a good read start to finish.