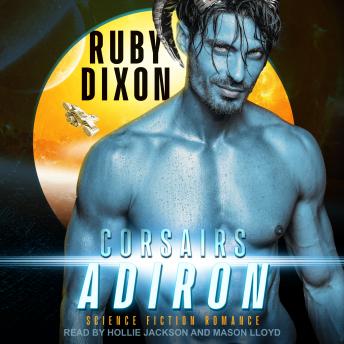 Actually, wait. Yes it is. It's keffing awesome.

The three va Sithai brothers-that's us-cruise the universe looking for abandoned ships, treasure, and other pirate ships to rob. Right now, we're on the hunt for the Buoyant Star, an abandoned cruiser rumored to have a massive treasure inside. The ship's been found at the edge of an ice field at the far reaches of space.

That treasure? About to be all ours. But the ship's not all that abandoned. The Star is crewed by a few lonely, attractive human females who are thoroughly grateful at being rescued . . .

Actually, wait. They're not grateful at all. They've set us a trap, and their leader, a beautiful human female named Jade, gives me a smile just before she captures me.

It's official. I'm in love.