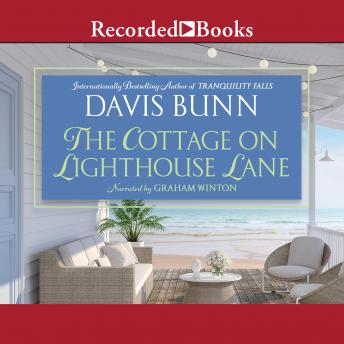 The Cottage on Lighthouse Lane

From the New York Times bestselling author of Tranquility Falls comes a heart-stirring novel of secrets, starting over, and a love that could be one man's road to redemption . . .Sometimes life flips the script . . . Billy Walker is a North Carolina boy whose Hollywood star is beginning to shine. His rough past is in the rear view. Now seeing the world from the back seat of a limousine, Billy has no regrets about what he had to do, and the choices he made, to get there. But all it takes is one death-defying moment for Billy's world to shift. When an on-set accident leaves him shaken, plagued by haunting dreams, he's in desperate need of a rest cure. Given keys to a getaway cottage on Lighthouse Lane in Miramar Bay, he'll regroup, relax, and recover. Yet as Billy's dreams grow darker and more fearful, his only promise for light is in a stunning, mysterious, and uniquely gifted stranger . . .And your next act is rewritten . . . Mimi has never forgotten her tragic childhood in eastern Ukraine. Violence, a vanished family, abandonment, and a hard-won struggle to escape. Miramar Bay couldn't be a more beautiful or unexpected refuge. In yoga and dance, and imbued with a talent to read the unrestful visions of others, Mimi has a seemingly divine ability to comfort. She may be everything Billy desires, but Mimi knows what Billy needs. He must confront his troubling past—and not just in his dreams. As their connection deepens, Billy finds himself falling in love, and waking up to something he's never felt before. But when the real world comes calling again, how can he say goodbye to a woman who's changing his life one illuminating sunrise at a time? Poignant, powerful, and surprising, The Cottage on Lighhouse Bay is a love story for every wounded heart that hoped for a second chance.