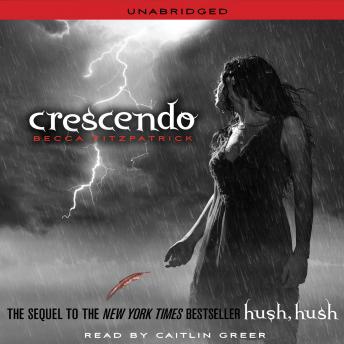 The second book in the breathtaking New York Times bestselling Hush, Hush saga, soon to be a major motion picture!

Nora should have known her life wouldn’t stay perfect for long. Despite starting a relationship with her bad boy guardian angel, Patch, and surviving an attempt on her life, things are not looking up. Patch is starting to pull away and Nora can’t figure out if it’s for her best interest or if his interest has shifted to her arch-enemy Marcie Millar. Not to mention that Nora is haunted by images of her father and starting to become obsessed with finding out what really happened to him that night he left for Portland and never came home.

The farther Nora delves into the mystery of her father’s death, the more she comes to question if her Nephilim blood line has something to do with it as well as why she seems to be in danger more than the average girl when she has a guardian angel. Since Patch isn’t answering her questions, she has to start finding the answers on her own. But when she finds them, will she be able to count on Patch or are the things he’s hiding from her darker than she can imagine?

I just love this book and the rest of them I'm the series!

This title is due for release on October 19, 2010
We'll send you an email as soon as it is available!