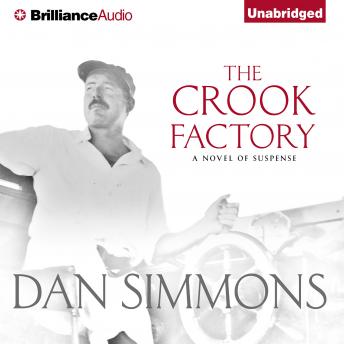 At the height of World War II, the famous writer Ernest Hemingway sought permission from the U.S. government to operate a spy ring out of his house in the Cuban countryside. This much is true.…It is the summer of ’42 and FBI agent Joe Lucas has come to Cuba at the behest of J. Edgar Hoover to keep an eye on Hemingway. The great writer has assembled a ragtag spy ring that he calls the “Crook Factory” to play a dangerous game of amateur espionage. But then Lucas and Hemingway, against all the odds, uncover a critical piece of intelligence—and the game turns deadly.In The Crook Factory, award-winning author Dan Simmons expands a little-known fact into a tour de force of gripping historical suspense set in the sensual Cuban landscape of the early 1940s.

This title is due for release on June 7, 2011
We'll send you an email as soon as it is available!