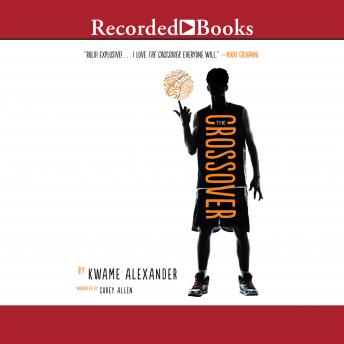 Fourteen-year-old twin basketball stars Josh and Jordan wrestle with highs and lows on and off the court as their father ignores his declining health. Review Quotes: 'This novel in verse is rich in character and relationships. . . . Poet Alexander deftly reveals the power of the format to pack an emotional punch.' --'Kirkus, ' starred review 'Alexander fully captures Josh's athletic finesse and coming-of-age angst in a mix of free verse and hip-hop poetry that will have broad appeal. . . . This will inspire budding players and poets alike.' --'Bulletin of the Center for Children's Books, 'starred review 'The poems dodge and weave with the speed of a point guard driving for the basket, mixing basketball action with vocabulary-themed poems, newspaper clippings, and Josh's sincere first-person accounts that swing from moments of swagger-worth triumph to profound pain.' --'Publishers Weekly, 'starred review

Loved the story, although it was sad. The parents were very wise and taught the boys well.

Accessible YA lit. Read it for my YA lit class at Simmons Boston. The narration isn't bad, it's just nothing amazing.

Great book, was very moving and a bit sad at the end. My daughter really enjoyed it

This title is due for release on July 11, 2014
We'll send you an email as soon as it is available!