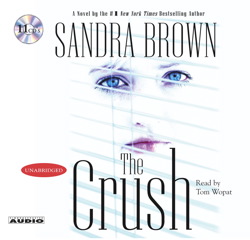 When Dr. Rennie Newton is summoned to jury duty, she brings to the courtroom the same level of competence that she displays in the operating room. Her commitment to precision compels her to deliver a not guilty verdict in the murder case against notorious contract killer Ricky Lozada.
It will be the most regrettable decision in her life...because Rennie's trial with Lozada doesn't end with his acquittal.
Her carefully structured life begins to crumble when a rival colleague is brutally slain. Lozada's menacing shadow looms over the murder, but it's Rennie the investigators focus on as a prime suspect. The privacy she has cultivated and protected at all costs is violated by the police as well as Lozada. And when he begins an earnest courtship, it becomes terrifyingly clear that he is obsessed with having her.
Wick Threadgill is a detective on indefinite leave from the Fort Worth PD, who has his own, personal agenda for the contract killer. Temperamental, bitter, and driven by loyalty and love, Wick is determined to destroy Lozada.
In order to defeat Lozada -- and save their lives -- Rennie and Wick form an uneasy alliance. Mistrustful of each other, they know only one thing with absolute certainty, when this killer strikes, they won't see it coming.
The Crush will take you on a tortuous path through a twisted sociopath's eerie obsession, a haunted man fragile hopes for redemption, and a woman's heart as she struggles to face the greatest fear -- to open herself to love.

I really enjoyed this book! It is my first Sandra Brown book, & I will definitely be reading more of hers!

This was a pretty good story. I think it could have used a little more excitement to it with the Lozada character and Renny. It needed something that would make you not want to put the book down (or turn it off) I would still read another she wrote.

Very enjoyable -- a disc turner for sure! Would recommend for any fan of Sandra Brown.

Loved it. As usual, Sandra Brown did not disappoint me

This is one of my most favorite books. I actually bought it because I enjoyed so. I listen to it again and again. One of Sandra's best novels.

Sandra Brown always writes and good story that keeps you wanting more, and Crush did just that. Her charcter build-up is also done well, just gives you enough information about the person for the situation necessary and before you know it you know the person very well. I suggest that you read this one; another great audio by her is Envy.

Outstanding! I'd never read or listened to Sandra Brown before. This is one of my favorites now. The characters reminded me a little of Mel Gibson and Danny Glover in the Lethal Weapon movies. I couldn't wait to get back in my car to listen.

This is a great suspenseful story. A little predictable, but still kept me glued to my car seat!

Excellent book. True to Sandra Brown style. A little romance and a lot of suspense.

The narrator was awesome. Tom Wopat did an outstanding job. Great story. It really draws you in. If you are listening on your way somewhere, you will have to park and listen a little more...you may even have to bring your CD player and bring it inside with you. I was popping in one CD after another...like an addict. Great job.

Fantastic book, keeps you on the edge of your seat

One of my favorite Sandra Brown books. Loved the story - thought the narration was fabulous. Made my drive to work a treat!!

Great Book...reader and book kept me interested throughout the book!!

Not the worst thing I've listened to, but not the most compelling either. This book has fairly standard characters with fairly typical background stories. Flawed but lovable, imperfect but noble... blah blah blah. The bad guy was fun in part because he has so much money but I really had to suspend disbelief that he could have escaped capture and conviction for so long once the cops had made a positive ID. There are some nicely done details and some fun moments, but all in all, this one was basically fluff. Not a bad way to spend a commute, but once you get where you're going, you won't sit in your driveway listening to see how it ends...

This book grabs your attention right from the start and doesn't stop. The book is only 5 cds long but there is alot packed into every chapter. I had never read Sandra Brown before but after this book I am a true fan and will be reading everything that I can get my hands on by her. The book is read by Tom Wopat, formally of television show from the '70s , "Dukes of Hazard". I enjoyed his characters, even the women, very much and could tell by the inflections in his voice which character was speaking. This book is an all around winner. Enjoy!

Loved this book. The characters were great and the narrator was wonderful. Found myself laughing out loud. It had been a while since I had enjoyed a book by Sandra Brown but I don't plan on making that mistake again.

Great book! Funny and Suspense and love story all in one book.

Another great listen; almost as good as Envy. Try to get all three parts at once. You'll be sorry if you have to wait for the next shipment to hear the rest of the story.

This title is due for release on October 1, 2002
We'll send you an email as soon as it is available!