The Cutting Season: A Novel 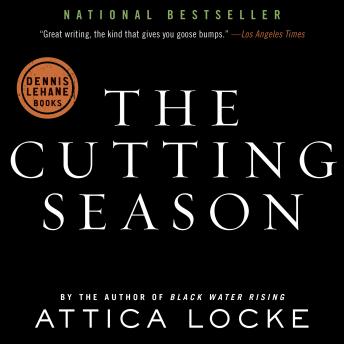 “The Cutting Season is a rare murder mystery with heft, a historical novel that thrills, a page-turner that makes you think. Attica Locke is a dazzling writer with a conscience.”
—Dolen Perkins-Valdez, New York Times bestselling author of Wench

Attica Locke’s breathtaking debut novel, Black Water Rising, won resounding acclaim from major publications coast-to-coast and from respected crime fiction masters like James Ellroy and George Pelecanos, earning this exciting new author comparisons to Dennis Lehane, Scott Turow, and Walter Mosley. Locke returns with The Cutting Season, a second novel easily as gripping and powerful as her first—a heart-pounding thriller that interweaves two murder mysteries, one on Belle Vie, a historic landmark in the middle of Lousiana’s Sugar Cane country, and one involving a slave gone missing more than one hundred years earlier. Black Water Rising was nominated for a Los Angeles Times Book Prize, an Edgar® Award, and an NAACP Image Award, and was short-listed for the Orange Prize in the U.K. The Cutting Season has been selected by bestselling author Dennis Lehane as the first pick for his new line of books at HarperCollins.