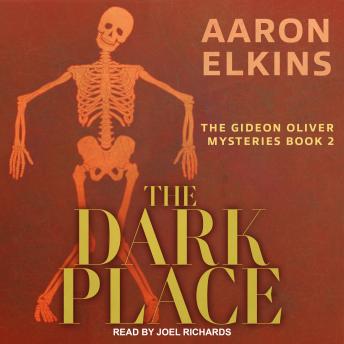 Gideon Oliver earns his moniker 'The Skeleton Detective' in this riveting entry to the Edgar Award-winning mystery series 'that never disappoints' (The Philadelphia Inquirer).

Deep in the primeval rainforest of Washington State's Olympic Peninsula, the skeletal remains of a murdered man are discovered. And a strange, unsettling tale begins to unfold, for forensic anthropologist Gideon Oliver determines that the murder weapon was a primitive bone spear of a type not seen for the last ten thousand years. And whoever-or whatever-hurled it did so with seemingly superhuman force. Bigfoot 'sightings' immediately crop up, but Gideon is not buying them.

But something is continuing to kill people, and Gideon, helped by forest ranger Julie Tendler and FBI special agent John Lau, plunges into the dark heart of an unexplored wilderness to uncover the bizarre, astonishing explanation.