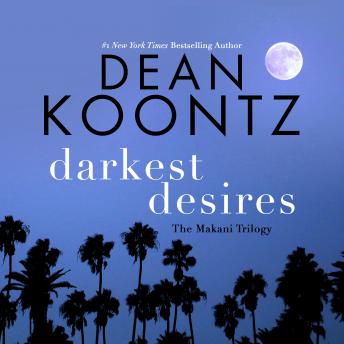 From bestselling author Dean Koontz, a trilogy of original novellas, “Last Light”, “Final Hour” and “Troubled Times” about an extraordinary heroine—Makani Hisoka-O’Brien—a Southern California surfer and clairvoyant.“Last Light”
Makani is a young woman with a good heart and the gift of touch—a troubling gift, and sometime curse, that separates her from others, from her family, friends and lovers—a gift that makes her wary of casual contact. For when Makani touches others, their darkest thoughts and secret deeds are revealed to her. But her exile from the world at large comes to an end when she meets a “gifted” man with a talent of his own—a talent guided by a twisted soul. In a war of wills, only one will survive.“Final Hour”
Makani saves a stranger from an accident in the park and experiences a most disturbing vision. With her friend Pogo, her dog Bob, and mere traces of information to guide her, Makani must track down two mysterious sisters—one of them innocent, one not.“Troubled Times”
A friend reveals that he is under attack from a man with supernatural talents—a malevolent man with the power to manipulate time. The power was meant for good—to save humanity—but it was usurped by this man of insatiable greed and lust. Makani must use her gift, yet again, not only to save her friend, but the world as well. Has Makani finally met her match? Can her good heart stand up to such evil? Someone’s time is up and only time will tell whose time that is.