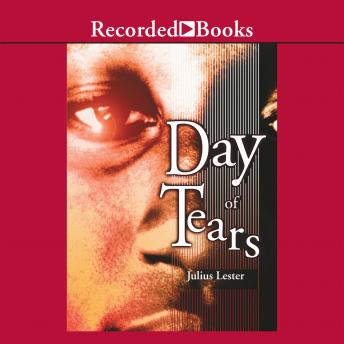 Day of Tears: A Novel in Dialogue

As did his father before him, Pierce Butler treats his plantation slaves like family. But massive gambling debts force him to sell 429 'family' members. When the auction begins, torrential rain falls-not stopping until the final slave is sold the next day. The ominous rainfall prompts these words: 'This ain't rain. This is God's tears.' Based on the largest slave auction in U.S. history, this poignant montage is the fictionalized account of that 1859 Georgia tragedy. All the shrieks and groans, the betrayal and fury, the sorrow and regret are here in the stark, vivid monologues that pour from the souls of master and slave, auctioneer and observer during this 'Weeping Time.' Author of To Be a Slave -a New York Times and School Library Journal Best Book of the Year and Newbery Honor Book-Julius Lester garnered starred reviews from Booklist, School Library Journal, and Publisher's Weekly for his riveting Day of Tears. 'The horror of the auction and its aftermath is unforgettable; individuals whom the reader has come to know are handled like animals, wrenched from family, friends, and love.' -Booklist, starred review

Day of Tears: A Novel in Dialogue

This title is due for release on January 18, 2013
We'll send you an email as soon as it is available!