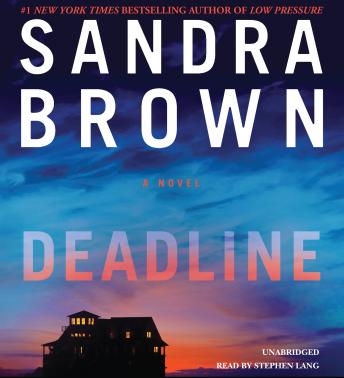 An ambitious reporter haunted by memories of the war in Afghanistan follows an FBI tip to investigate the mysterious disappearance -- and likely murder -- of a former Marine.Dawson Scott is a haunted man. A well-respected journalist recently returned from an assignment in Afghanistan, he's privately suffering from battle fatigue, and it has begun to threaten every aspect of his life. But when Dawson gets a call from a source within the FBI, it could be his big break -- and he has a vested interest in the case. New information has come to light for a story that began 40 years ago. Soon, Dawson is covering the disappearance and presumed murder of former Marine Jeremy Wesson, the biological son of the pair of terrorists who remain on the FBI's Most Wanted list. As Dawson digs deeper into the story, he cannot ignore his developing feelings for Wesson's ex-wife, Amelia, and his desire to protect her two young sons. The case takes a stunning new turn when Amelia's nanny turns up dead, and Dawson finds himself the prime suspect. Haunted by his own demons, Dawson takes up the chase, for only the notorious outlaws can clear his name . . . and reveal the secret, startling truth about himself.

This was a wonderful book. Full of twists and turns. I would take the long way home from work just so I could spent a little extra time listening to it. Would recommend this book to anyone!