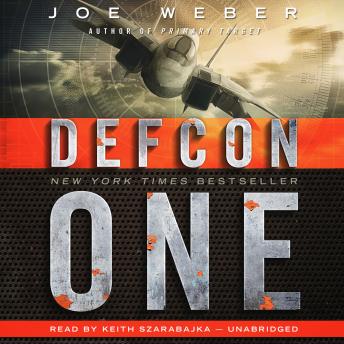 DEFCON: DefenseReadiness Condition
DEFCON Five: normal peacetime activitiesDEFCON Four: increase intelligence watch and increase securityDEFCON Three: forces on standby, awaiting further ordersDEFCON Two: forces ready for combatDEFCON One: forces deployed for combat
In this explosive bestseller, the United States and theSoviet Union are poised on the brink of Armageddon. Glasnost has failed, Russiais economically desperate, and Gorbachev's successor has launched the firststrike in what may become World War III. Only one man knows the full extent ofthe impending horror-a CIA operative trapped in the Kremlin.
Written by a former Marine Corps pilot, DEFCON One is a blistering scenario ofmen and war-exciting, tense, and frighteningly real.

This title is due for release on November 15, 2013
We'll send you an email as soon as it is available!