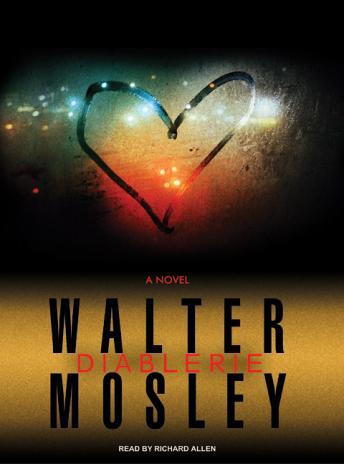 In this icy noir from a master of American fiction, the darkest secrets are the ones we keep hidden from ourselves.

Ben Dibbuk has a good job, an accomplished wife, a bright college-age daughter, and a patient young mistress. Even as he goes through the motions of everyday life, however, inside he feels nothing. The explanation for this emotional void lies in the years he spent as a blacked-out drunk before pulling his life together-years in which he knows he committed acts he doesn't remember. Then a woman from his past turns up at a gala for his wife's new gig at a magazine called Diablerie and makes it clear that she remembers something he doesn't. Their encounter sets wheels in motion that will propel Dibbuk toward new knowledge and perhaps the chance to feel again. With the same erotic force as Killing Johnny Fry but grounded in a far darker vision of human nature, Diablerie is a transfixing new novel from one of our most powerful writers.

Not my favorite Mosely work. Maybe it's just too "raunchy" for me or not satisfying. I don't particularly like the main character even though he's well-written; not sure he's that believable either.

This title is due for release on March 3, 2008
We'll send you an email as soon as it is available!