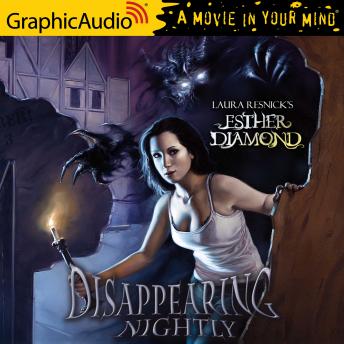 When bizarre magical disappearances disrupt shows around the city, Esther receives a mysterious warning not to go on with her off-Broadway show. Desperate to stay on stage rather than resort to waiting tables, Esther turns to her new BFF, Dr. Maximillian Zadok, a 350-year-old mage whose day job is protecting New York from Evil. Determined to get to the bottom of this mystery without losing her job, Esther and Max team up with a conjuring cowboy, a banker with stage aspirations, and a flock of fearless drag queens. Also on the case is Detective Connor Lopez, a sexy cop who has a thing for Esther, but who fears that she and Max may be a bigger problem than the vanishing performers.

Since the show must go on—and the astronomical rent must be paid—Esther, Max, and their friends pursue Evil to its lair in their fearless determination to find the missing performers and restore harmony to the city that never sleeps.