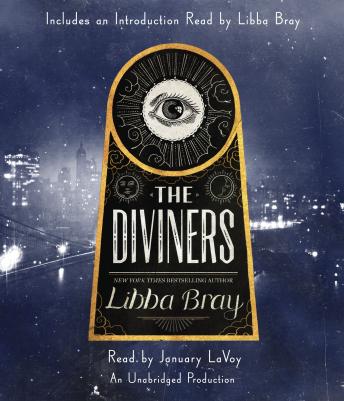 SOMETHING DARK AND EVIL HAS AWAKENED. . . .
Evie O’Neill has been exiled from her boring old hometown and shipped off to the bustling streets of New York City—and she is pos-i-tute-ly ecstatic. It’s 1926, and New York is filled with speakeasies, Ziegfeld girls, and rakish pickpockets. The only catch is that she has to live with her uncle Will and his unhealthy obsession with the occult.

Evie worries her uncle will discover her darkest secret: a supernatural power that has only brought her trouble so far. But when the police find a murdered girl branded with a cryptic symbol and Will is called to the scene, Evie realizes her gift could help catch a serial killer.

As Evie jumps headlong into a dance with a murderer, other stories unfold in the city that never sleeps. A young man named Memphis is caught between two worlds. A chorus girl named Theta is running from her past. A student named Jericho is hiding a shocking secret. And unknown to all, something dark and evil has awakened. . . .

The narrator WAS AMAZING!!! The voices and the tone of her voice was well fit for this book and The story line and plot was also amazing, definitely a new favourite of mine!

This book was incredible. There are times when I get distracted listening to an audiobook and realise that I've missed whole paragraphs. With The Diviners, I was too afraid to miss anything. It all seemed to important, too vital to miss. My favourite audiobook so far

I loved it. I hope there’s another book coming.

The diviners is an occult themed murder mystery starring a diverse cast of teenagers romping around 1920s New York City. When Evangeline o'neill is forced by her parents to go live with her creepy uncle in Manhattan, she is whisked away to a world of speakeasies, parties and fashion. But she soon finds herself and her new friends wrapped up in a supernatural series of murders, and she will have to do some emotional and spiritual growth to help solve them.