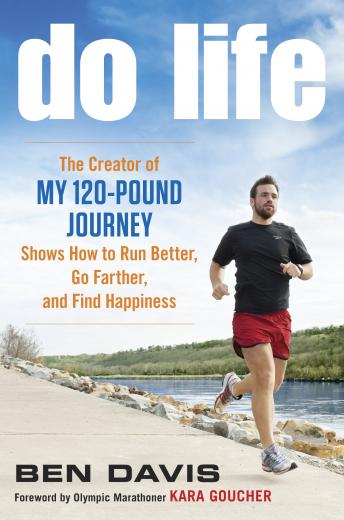 Do Life: The Creator of 'My 120-Pound Journey' Shows How to Run Better, Go Farther, and Find Happiness

At the age of 22, Ben Davis weighed over 360 pounds. Depressed, addicted to food, and morbidly obese, he thought he’d lost all hope. But after a Christmas Eve conversation with his grandmother, Ben promised himself that he would finally take control of his life.

Ben decided to “do life,” and so can you.

He started running—slowly at first, but as the pounds came off and his outlook on life started to change, he went faster and further. At first, he couldn’t run a mile, but before long he was running five, ten, and then twenty miles at a time. His father and brother joined him, and as a team they ran a marathon and went on to complete one of the hardest physical competitions in the world, the Ironman.

Throughout his journey, Ben captured his transformation in a series of YouTube videos, inspiring countless others around the world to “do life” along with him. In Do Life, Ben shares more of his personal story--from his lifelong struggles with food and obesity to each goal that he set for himself along his journey, including the pitfalls, setbacks, and hard won victories.

But in Do Life, Ben does more than tell his story. He illustrates how you can use his techniques to start living your own life to the fullest, whether that means making a complete transformation, losing weight, or simply running further. Running taught Ben how to “do life” and here he teaches you what he’s learned along the way—how to set aside crippling fear and self-doubt, finally find your smile, and ultimately share it with those around you. By sharing his discovery of what was holding him back and how he was able to push forward, Ben will teach you how to break free from any obstacle and live the life you’ve always wanted.

Do Life isn’t just about diet or exercise, depression, or addiction—it’s about stepping out of your ordinary life and becoming who you want to be. It’s the story of one man who decided to live life his way. And it could be your story, too.

Do Life: The Creator of 'My 120-Pound Journey' Shows How to Run Better, Go Farther, and Find Happiness