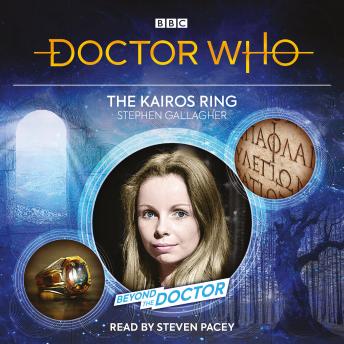 Doctor Who: The Kairos Ring: Beyond the Doctor

Residing on the threshold of E-Space with the Tharil Laszlo, Romana is on the trail of a terrible enemy. Allies of the enslaved, the duo ride the Time Winds in search of the desperate Sluagh.

Meanwhile, on a bloody American Civil War battlefield, young soldier Joshua is haunted by spectres: pale, vicious-looking aliens who prey upon the dead to raise an army of living corpses. With the fabled Kairos Ring they can carve portals into other dimensions - and, by accident, Joshua is blown through one of them.

United with Romana and Laszlo against the dreadful Sluagh, Joshua finds himself catapulted into a strange new world of learning. But one secret is waiting to catch up with him...

This title is due for release on February 4, 2021
We'll send you an email as soon as it is available!