Doctor Who: The Sins of Winter: A 12th Doctor audio original 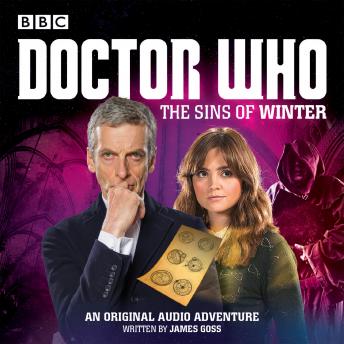 Robin Soans reads this original adventure featuring the 12th Doctor and Clara, as played by Peter Capaldi and Jenna Coleman in the BBC TV series.

The TARDIS is summoned to an ‘space cathedral’ by Shadrak Winter, the High Cardinal of the Cult of the Prime Self. Soon to be relieved of his post by way of assassination, Shadrak has used his family’s calling card to bring the Doctor to his aid. His followers have long fled the Sinful, highly contagious slug-like creatures which he himself has succumbed to - and which now imperil the Doctor and Clara.

As Clara discovers more about the Cult of the Prime Self - currently the fourth most popular religion - the Doctor becomes infected, all but lost to appalling guilt and self-recrimination. As he seeks to absolve himself of his perceived sins, Clara must use all her survival instincts to escape the Sinful’s advances and rescue her vulnerable friend.

Robin Soans, who appeared in the 1981 Doctor Who serial The Keeper of Traken as well as in Series 9 in 2015, reads this atmospheric original adventure by James Goss, part of the Tales of Winter quartet of stories. Duration: 1 hour 10 mins approx.

Doctor Who: The Sins of Winter: A 12th Doctor audio original

This title is due for release on December 3, 2015
We'll send you an email as soon as it is available!