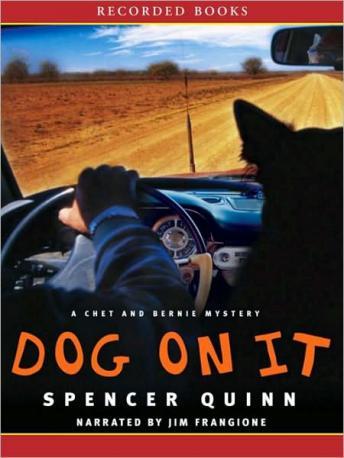 Chet, the wise and lovable canine narrator of Dog on It, and Bernie, a down-on-his-luck private investigator, are quick to take a new case involving a frantic mother searching for her teenage daughter. This well-behaved and gifted student may or may not have been kidnapped, but she has definitely gotten mixed up with some very unsavory characters. With Chet's highly trained nose leading the way, their hunt for clues takes them into the desert to biker bars and other exotic locales-until the bad guys try to turn the tables and the resourceful duo lands in the paws of peril. Spencer Quinn's irresistible mystery kicks off a delightful new series that will have readers panting for more.

This title is due for release on February 27, 2009
We'll send you an email as soon as it is available!