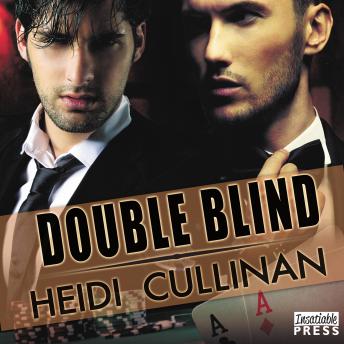 Know when to show your hand... and when to hedge your bets. Special Delivery, Book 2. Randy Jensen can't stand to just sit by and watch as a mysterious man throws money away on the roulette wheel, especially since Randy's got his own bet going as to the reason this guy is making every play like it's his last day on earth. The man's dark desperation hits Randy right in the gut. Half of him warns that getting involved is a sucker's bet, and the other half scrambles for a reason-any reason-to save the man's soul. Ethan Ellison has no idea what he's going to do with himself once his last dollar is gone-until Randy whirls into his life with a heart-stealing smile and a poker player's gaze that sees too much. Randy draws Ethan into a series of wagers that leads to a scorching kiss by midnight, but he isn't the only one with an interest in Ethan's vulnerability. Soon they're both taking risks that not only play fast and loose with the law, but with the biggest prize of all: their hearts. This book has been previously published and has been revised from its original release. Warning: This story contains high-stakes poker, gangsters with a weakness for kittens, foursomes, and kinky consensual sex.

This title is due for release on June 1, 2016
We'll send you an email as soon as it is available!