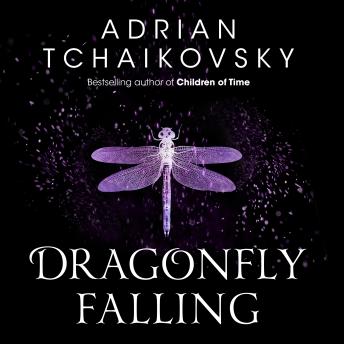 #2 of Shadows of the Apt

Dragonfly Falling is the second book in the critically acclaimed epic fantasy series Shadows of the Apt by Adrian Tchaikovsky, author of the Arthur C. Clarke Award-winning Children of Time.

The Wasp Empire’s armies are on the move. The city of Tark will be first to feel their might, now preparing for siege. And within its walls, Salma and Totho will take a stand alongside their Ant-kinden brethren. But they’ll face weaponry and numbers such as the Lowlands have never seen.

Meanwhile, the Empire's secret service has deemed Stenwold Maker too dangerous to live. So Major Thalric is dispatched to eliminate Stenwold and destroy his beloved city of Collegium. For if this centre of learning is lost, it will crush all hope of intelligent resistance.

As the Empire's troops continue their relentless advance, their young Emperor pursues another, even darker goal. His success would trigger a reign of blood lasting a thousand years.

Dragonfly Falling is followed by the third book in the Shadows of the Apt series, Blood of the Mantis.

This title is due for release on December 10, 2020
We'll send you an email as soon as it is available!