Dust of My Wings 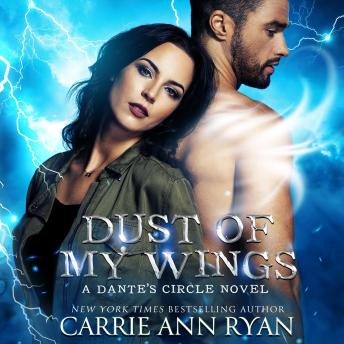 Lily Banner has spent her entire life oblivious to the true secrets of the paranormal world around her. When her day job in the lab puts her in the middle of a supernatural war bubbling just beneath the surface, she finds herself in need of help-but the aid comes from a stranger with more secrets than she could possibly imagine.

Angelic warrior Shade Griffin is charged with protecting the ancient secrets of the paranormals. But when he finds Lily, his world shifts, and his allegiance changes, forcing those who want Lily eliminated to take action.

The war between the realms is on the edge of a blade, and only Shade and Lily can stop it.

Dust of My Wings

This title is due for release on October 30, 2020
We'll send you an email as soon as it is available!