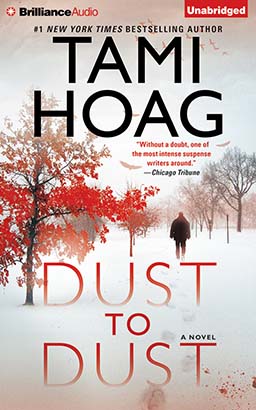 #2 of Sam Kovac and Nikki Liska

Sorry. The single word is written on a mirror. In front of it hangs a Minneapolis Internal Affairs cop. Was it suicide? Or a kinky act turned tragic? Either way, it wasn’t murder. At least not according to the powers that be. But veteran homicide detective Sam Kovac and his wisecracking, ambitious partner, Nikki Liska, think differently. Together they begin to dig at the too-neat edges of the young cop’s death, uncovering one motive—and one suspect—after another. The cloud of suspicion falls not only on the city’s elite, but over the very heart of the police department. Someone wants the case closed—quickly and forever. But even with their careers and their lives on the line, neither Kovac nor Liska will give up. As they unearth a connection between a two-month-old murder case and one that has been closed for twenty years, they find themselves chasing a killer who will stop at nothing to keep a dark and shattering secret. “Tami Hoag is the queen of the crime story.” —New York Post

Love Tami Hoag’s books! Love The Who dun it, with a little humor thrown in. Always a great read.

I really enjoy this book. It had me guessing all the way through.

Excellent book. Would expect nothing less from Tami Hoag!!

This title is due for release on January 27, 2015
We'll send you an email as soon as it is available!