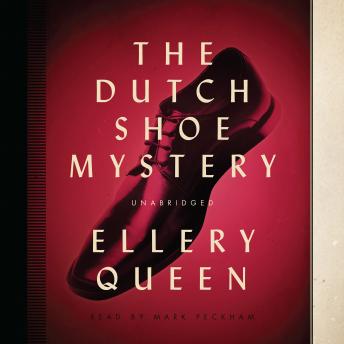 #1931 of The Ellery Queen Mysteries

When Abigail Doorn was wheeled into the operation room at the Dutch Memorial Hospital, her face was strangely blue and bloated. A wire had been tightly wound around her neck. The strongest suspect, because he stood to benefit by the death of this wealthy old woman, was her protégé, the famous Dr. Janney. Just before her death he received a strange caller—one whose name he would not divulge.

Ellery Queen, having come to the hospital to visit his old friend Dr. Minchen, had been present during the time of the murder. He immediately took over the case. Besides the problem of Dr. Janney and his caller, Ellery found himself confronted with still another—why had Abby Doorn and her housekeeper quarreled continuously for twenty years? The housekeeper admitted she hated the old woman, and with a religious fanaticism declared she was an evil old woman who had received only what she deserved.

This title is due for release on September 15, 2013
We'll send you an email as soon as it is available!