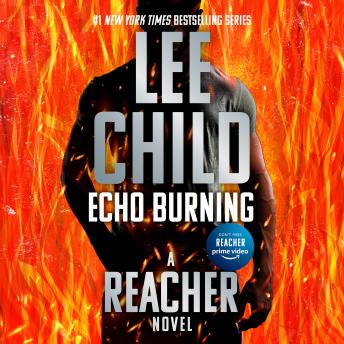 Thumbing across the scorched west Texas desert, loner Jack Reacher has nowhere to go, and all the time in the world to get there. Cruising the same stretch of two-lane blacktop is pretty Carmen Greer. But for Reacher, the lift comes with a hitch. Carmen’s got a story to tell, and it’s a wild one. All about her husband, her family secrets, and a hometown that’s pure Gothic. She’s also got a plan. Jack Reacher’s part of it. And before the sun sets, this ride could cost them both their lives.

This was a rather long Reacher book that started slow but ended well. I did not like many of the characters in this book, but enjoyed the story. As always, Dick Hill was FABULOUS!

The book was good a little too much detail. Maybe it’s the number of books we have listened to by Lee Child. However my husband loves them and we enjoy them while we tracel

It took awhile to get going but probably needed it for development. Good story. Didn’t care for the narrator’s women and children voices. The child was especially annoying

A little slow in the beginning, but a great payoff in the end.

I’m a couple of hours in and can’t stand all the whining.

Great story but i picked the bad guy half way through.

I couldn't finish it. First 3 hours take place mostly in a car. The dialogue is ridiculous. Nobody is this stupid. After 7 hours, I hung it up. Just don't do it.

not a bad story but definitely not your typical Jack Reacher book. very slow and very tedious. if there is an Abridged version I would recommend it because there is a lot of information provided that are not necessary to the story. 17 hours could have been 9 hours easily and you would not have missed anything of importance. all in all though I love the Jack Reacher series and this is the only one that has disappointed me so far.

Good advice from ratings is to skip this one, I agree. Very slow.

Not the best jack reacher book I would skip this one

if there is an abridged choice. it would be better.parts of this is long with nothing contributing to the story