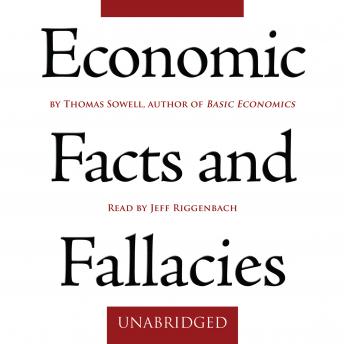 Economic Facts and Fallacies is designed for people who want to understand economic issues without getting bogged down in economic jargon, graphs, or political rhetoric. Writing in a lively manner that does not require any prior knowledge of economics, Thomas Sowell exposes some of the most popular fallacies about economic issues, including many that are widely disseminated in the media and by politicians: fallacies about urban problems, income differences, male-female economic differences, academia, race, and Third World countries. Many of these fallacies are not simply crazy ideas. They have a certain plausibility that gives them their staying power, making it necessary—and sometimes humorous—to carefully examine their flaws. Sowell holds these beliefs under the microscope and draws conclusions that are sure to inspire rigorous debate.