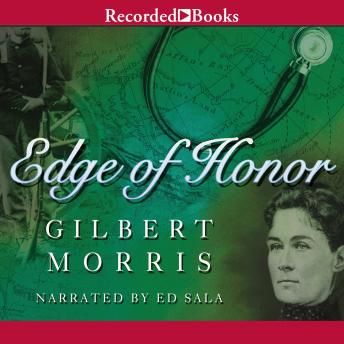 Best-selling inspirational author Gilbert Morris creates absorbing historical novels filled with authentic details and true-to-life situations. With this unforgettable story of redemption and honor, he demonstrates that good can be found anywhere-even in the aftermath of Civil War destruction. Quentin Laribee has a bright future as a surgeon in New York City. Not only is he considered one of the best, he plans to marry beautiful Irene Chambers. But he is sent to southern battlegrounds where he accidently kills an enemy soldier in the act of surrendering. Stricken with guilt, he heads to Alabama in search of the dead man's family. As Quentin struggles to save the soldier's widow from financial ruin, he discovers his good intentions cause a whole new set of problems. The power of forgiveness and faith come alive with narrator Ed Sala's compelling performance.

This title is due for release on August 26, 2011
We'll send you an email as soon as it is available!