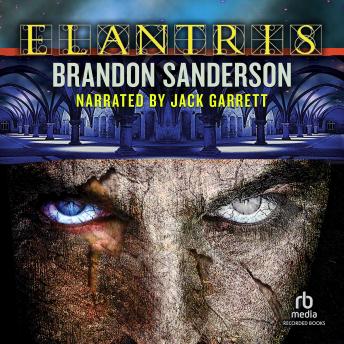 In 2005, Brandon Sanderson debuted with Elantris, an epic fantasy unlike any other then on the market. To celebrate its tenth anniversary, Tor is reissuing Elantris in a special edition, a fresh chance to introduce it to the myriad readers who have since become Sanderson fans. This new edition begins with a preface by author Dan Wells, the first person to read the completed novel, and a new afterword by Sanderson explaining how he came to write the book and its place in the Cosmere, the unified universe of all his Tor novels. Also included is the first book appearance of the short story 'The Hope of Elantris,' revealing interesting action referred to late in the novel, and an expanded version of the 'Ars Arcanum' appendix, with more of the technical details of the book's magic that fans can never get enough of. Elantris was truly a milestone both for Sanderson and for the genre of epic fantasy. It deserves this special treatment, something Tor has done only once before, with Orson Scott Card's Ender's Game. Sanderson fans old and new will be excited to discover it.

Sanderson is quickly becoming my favorite author. When you think the story is moving slowly and question why he's taking you down a certain path all of a sudden you realize he's setting you up for something awesome.

I normally enjoy more action oriented books, things like Eragon or Hunger Games, and this story does have some action in it near the end, it isn't the main pull of the story. The struggles of each of the characters that the story is interesting and entertaining. The use of magic is limited in the story is limited but still fun when it happens.

I felt like the book was very slow for far too long. Perhaps it's because I just read The Warded Man by Peter v Brett. If you like this title you'll love The Warded Man!

To read a single book that throws you into such a detailed and creative world that it is hard to stop reading!

Even though this is Brandon’s first major title, and many people say it’s one of his inferior works at this point, I still think this is a magnificent novel. It amazing to see his development and how in future novels he works in subtle and obvious references to the cosmere. Then come back to this Elantris and see how this truly was the beginning of something amazing.

Very very good book, Characters are a little slow but action is mixed in with mystery and keeps you interested in the story. I thought the Narrator did a very good job. I just wished as I have posted many times they would use several people to read the parts. Characters need to have their own voice.

Amazing book! The very first audio book where I’ve laughed out loud, gasped in surprise and horror, and even chastised some of the characters out loud. I was hooked from the first chapter. The narrator does an amazing job switching voices for different characters without sounding silly or annoying. With political intrigue, adventure, and some small romance it ticks every box for me. I would highly recommend it!

Completely sucks you in and keeps you there for the whole story. Very entertaining.

I enjoyed this book and the characters.

The start was slow to me, but when I understood the plot I was hooked.

It's definitely a precursor to his other books. You can see where he's practicing for characters like Vin and Kelsier.

I started reading the series out of order, but I’m glad I did. Nice surprises within of you know what to look for. Well done Mr. Sanderson your book didn’t disappoint!

this was very good. hard to get into at first but really glad i stuck it out

I realy realy tried to listen to this book... but couldn't. I know the narrator tried but I just couldnt go on. I never realized how important the narrator could be until this book. I was hoping to find the book with different narrator.

A fantastic book! I really enjoyed it. In a world of despair and pain one man refuses to let go of hope; probably what I loved most about it. Had multiple great characters too. I thought the narrator was great too. This book rivaled some of my all time favorite book series; like the Drizzt series by R.A Salvatore and The Sword of Truth series. This is definitely the best stand alone book I’ve ever read.

Brandon Sanderson created an intriguing setting and, as always, a refreshingly unique magic system in this book. The intro beautifully immerse the reader into this creation, the middle packed an intense drama that leads you from one chapter to the next, but the ending is why I withheld stars from the rating. The end delivery felt rushed and anticlimactic. There was a mystery to be solve throughout the story, but when the shrouds cleared and answer revealed, you are left with a sense of "that's it?" Moving away from the story-line, there was minimal character development. Almost all major characters remained the same throughout the book. Negatives aside, this book is still a good read/listen. It's just not of the same tier as Brandon Sanderson's other masterpiece.

Brandon Sanderson crafts another incredibly original tale with intriguing characters and a fascinating background and environs, and the narrator does an excellent job. Every character's voice is readily identifiable and consistent.

Brandon Sanderson did an excellent job finishing Jordon's Wheel of Time. I was extremely excited to read his works outside of the Wheel of Time. Mr. Sanderson developed an excellent beginning and middle story with Elantris, but he petered out at the end. I felt like he gave up and just wanted to end the story as quickly as possible to get it published and move on. Yes, it might have taken more time to write and I think it could have even moved into additional books; but he opted for a fast unimaginative ending. It was very anti climatic. I will read more from Mr. Sanderson. He is an awesome talent and I look forward to seeing what world he can invent next.

Loved this book! It had a completely new world that I could get immersed in. Brandon Sanderson did it again. I was not a huge fan of the narrator, but got used to him as I was listening.

Amazing book! Can't believe this was on of Brandon's first book published if not the first. Movies, you need to do justice! Character really came alive with narrators mix voices.

First read for Brandon Sanderson and Elantris is a wonderful entry into the cosemere. I recommend this book to anyone who loves fantasy and is looking for something new and exciting.

This is a great stand alone novel. It could have easily been a series but B.S. Creates such a great story and puts everything you could want and need in a fantasy. The book has a one of a kind world with wonderful, strong characters.

Book was great...but that narrating sounded more like a movie trailer, than a book. His cadence simply did not fit.

A story worth reading a second and third time. Original work, like nothing I have read before.

Why are his books so epic? I really can't figure out how he can build his worlds and characters so well. It is true genius. If you like stories where the characters play within the rules of the world they live in and stay true to their 'character,' you will enjoy his books. The beginnings can be a bit slow, but the story is completely worth it.

Awesome, awesome way to creat worlds and character! Needless to say but Brandon Sanderson is one of the best and I am sure his mother is blessed!

Interesting story with magic and twist! Enjoyed it very much. The narrator was excellent as well. Highly recommended book.

As a standalone fantasy title, something rather uncommon these days, Elantris stands on it's own as one of the best stories in the genre. It's lack of sequels (though I have heard rumours that two more standalone titles in the Elantris universe are in the works) doesn't diminish the richness and depth of both the plot and setting. Each of the three point of view characters (Raoden, Sarene, and Hrathen) are exceptionally developed and I found myself growing attached to characters I initially didn't care for (which can be a difficult feat to achieve for any writer). As far as the narration goes, Jack Garret does a great job of portraying each character and successfully injects additional personality in to each with his reading. Anyone interesting in the fantasy genre, stories involving vast political schemes (that are intriguing rather than boring), the implications of immortality gone awry, and magic that seems plausible and unique to the world it's a part of, should give Elantris a listen/read.

Best I've listened to on here. Should be a movie.

This title is due for release on October 6, 2015
We'll send you an email as soon as it is available!