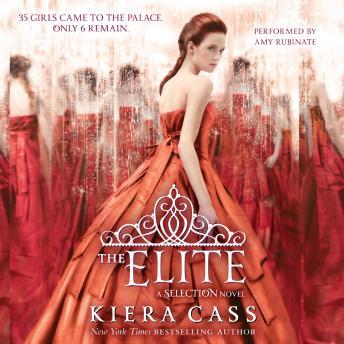 With even more glamour, intrigue, and swoon-worthy romance, this sparkling sequel to The Selection will captivate readers who loved Veronica Roth’s Divergent, Lauren Oliver’s Delirium, or Renée Ahdieh’s The Wrath & the Dawn.

Thirty-five girls came to the palace to compete in the Selection, and to win Prince Maxon’s heart. Now six girls remain, and the competition is fiercer than ever—but America Singer is still struggling to decide where her heart truly lies. Is it Prince Maxon—and life as the queen—that she wants? Or is it still Aspen, her first love?

Don’t miss The Betrothed, a glittering royal romance sure to captivate Kiera Cass’s legion of loyal readers and lovers of courtly intrigue alike!

This title is due for release on April 23, 2013
We'll send you an email as soon as it is available!