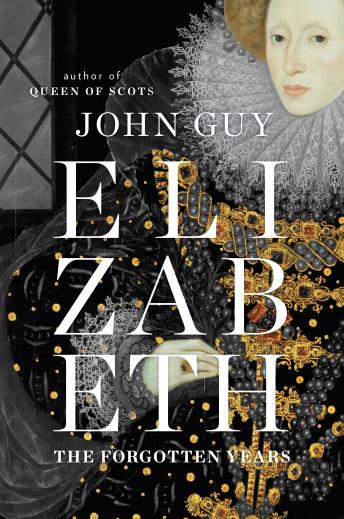 A groundbreaking reconsideration of our favorite Tudor queen, Elizabeth is an intimate and surprising biography that shows her at the height of her power.

Elizabeth was crowned queen at twenty-five, but it was only when she reached fifty and all hopes of a royal marriage were behind her that she began to wield power in her own right. For twenty-five years she had struggled to assert her authority over advisers, who pressed her to marry and settle the succession; now, she was determined not only to reign but to rule. In this magisterial biography, John Guy introduces us to a woman who is refreshingly unfamiliar: at once powerful and vulnerable, willful and afraid. We see her confronting challenges at home and abroad: war against France and Spain, revolt in Ireland, an economic crisis that triggers riots in the streets of London, and a conspiracy to place her cousin Mary Queen of Scots on her throne. For a while she is smitten by a much younger man, but can she allow herself to act on that passion and still keep her throne?

For the better part of a decade John Guy mined long-overlooked archives, scouring handwritten letters and court documents to sweep away myths and rumors. This prodigious historical detective work has enabled him to reveal, for the first time, the woman behind the polished veneer: determined, prone to fits of jealous rage, wracked by insecurity, often too anxious to sleep alone. At last we hear her in her own voice expressing her own distinctive and surprisingly resonant concerns. Guy writes like a dream, and this combination of groundbreaking research and propulsive narrative puts him in a class of his own.

'Significant, forensic and myth-busting, John Guy inspires total confidence in a narrative which is at once pacey and rich in detail.'
-- Anna Whitelock, TLS

“Most historians focus on the early decades, with Elizabeth’s last years acting as a postscript to the beheading of Mary Queen of Scots and the defeat of the Spanish Armada. Guy argues that this period is crucial to understanding a more human side of the smart redhead.” – The Economist, Book of the Year