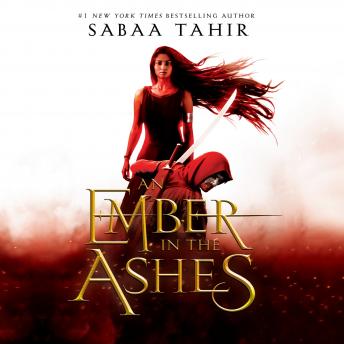 An Ember in the Ashes

#1 of An Ember in the Ashes

Set in a terrifyingly brutal Rome-like world, An Ember in the Ashes is an epic fantasy debut about an orphan fighting for her family and a soldier fighting for his freedom. It’s a story that’s literally burning to be told.

LAIA is a Scholar living under the iron-fisted rule of the Martial Empire. When her brother is arrested for treason, Laia goes undercover as a slave at the empire’s greatest military academy in exchange for assistance from rebel Scholars who claim that they will help to save her brother from execution.

ELIAS is the academy’s finest soldier— and secretly, its most unwilling. Elias is considering deserting the military, but before he can, he’s ordered to participate in a ruthless contest to choose the next Martial emperor.

When Laia and Elias’s paths cross at the academy, they find that their destinies are more intertwined than either could have imagined and that their choices will change the future of the empire itself.

A fascinating interweaving of two people that at first seems trivial until it all come together perfectly.

Probably the greatest book series I have ever read!!! And there’s still more to come!!

The narration was really well done, by both the female and male readers/actors. They did more than just read. They brought the story to life with their different voices, and the emotion with which they did their parts. I liked the story too, and the thought-provoking nature of this society's foundations.

This was an amazing book. The story is very interesting. Great characters that you easily connect with and can picture. The relationship between all the characters is dynamic and complex. the narrators give an amazing life to the story. I cant wait for book 2.

love! great story I haven't stopped listening! the characters are real and we'll developed, love, adventure and intrigue...how could you go wrong? great story and easy to get absorbed in!