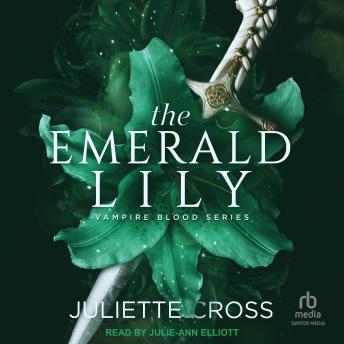 When Princess Vilhelmina Dragomir is awakened from her hellish sleep with a blood kiss from a handsome stranger, she learns that much has changed while she's been away. The armies of the Black Lily and the vampire Crown have amassed and are on the brink of war.

No romantic entanglements, no family. Mikhail Romanov, Captain of the Bloodguard, took a vow when he joined the Bloodguard. But he never planned for the gut-punching attraction he would feel for the untouchable princess. He must keep his focus, though. In order to avenge his family, it's essential he help Mina claim her crown and keep his damn hands off of her.

But Mina sets her heart on the elusive captain, and keeping his focus on the great battle ahead becomes harder and harder. While they're making plans, the evil King Dominik has been making some of his own. This time, he will show no mercy to the Princess . . .

This title is due for release on January 24, 2023
We'll send you an email as soon as it is available!