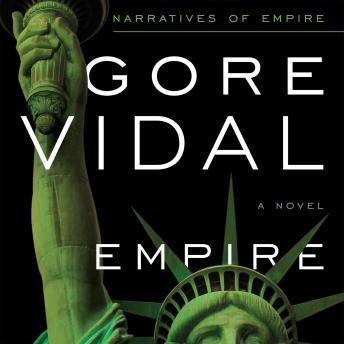 #4 of Narratives of Empire

While America struggles to define its destiny, beautiful and ambitious Caroline Sanford fights to control her own fate. One of Vidal’s most inspired creations, she is an embodiment of the complex, vigorous young nation. From the back offices of her Washington newspaper, Caroline confronts the two men who threaten to thwart her ambition: William Randolph Hearst and his protégé, Blaise Sanford, Caroline’s half brother. In their struggles for power the lives of brother and sister become intertwined with those of Presidents McKinley and Roosevelt, as well as Astors, Vanderbilts, and Whitneys—all incarnations of America’s Gilded Age.

“Mr. Vidal demonstrates a political imagination and insider’s sagacity equaled by no other practicing fiction writer. Like the earlier novels in his historical cycle, Empire is a wonderfully vivid documentary drama.” — The New York Times Book Review