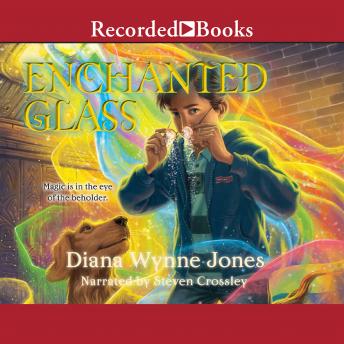 The mysterious Stalkers show up at almost the same instant 12-year-old Aiden Cain's grandmother dies. Following his grandmother's instructions, Aiden decides to seek out a powerful sorcerer at Melstone House. Yet when he arrives, he discovers the man died a year earlier. Melstone House now belongs to the sorcerer's adult grandson Andrew, who agrees to help Aiden with the Stalker problem. But then other problems come up: a creepy neighbor is stealing power from the land, and magic is leaking between the realms. Dealing with these issues would be so much easier-if only Andrew could remember anything his grandfather taught him about magic. Fantasy legend Diana Wynne Jones, who has captivated young listeners for generations, delivers a compelling and humorous adventure. Steven Crossley's narration captures the excitement and wonder as newly acquainted characters work together to prevent terrible consequences. 'Jones hits all the bases with her fluid storytelling, trademark sly humor, and exquisitely drawn characters . With this enthralling book, Jones proves that she is still at the top of her game.'-Booklist, starred review

This title is due for release on December 23, 2010
We'll send you an email as soon as it is available!