The End of Eternity 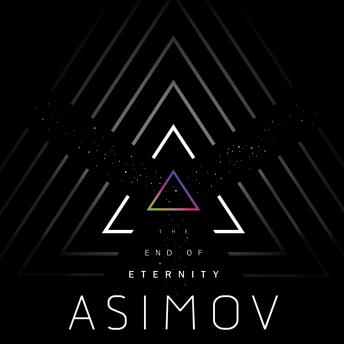 Due to circumstances within our control . . . tomorrow will be canceled.

The Eternals, the ruling class of the Future, had the power of life and death not only over every human being but over the very centuries into which they were born. Past, Present, and Future could be created or destroyed at will.

You had to be special to become an Eternal. Andrew Harlan was special. Until he committed the one unforgivable sin—falling in love.

Eternals weren’t supposed to have feelings. But Andrew could not deny the sensations that were struggling within him. He knew he could not keep this secret forever. And so he began to plan his escape, a plan that changed his own past . . . and threatened Eternity itself.