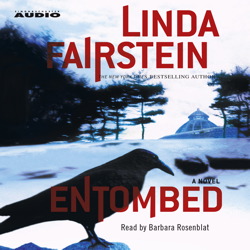 It was a crime scene Edgar Allan Poe himself could have conjured, only it was all too real: workers demolishing a nineteenth-century Greenwich Village brownstone where Poe once lived unearthed the skeleton of a young woman -- buried standing upright behind a brick wall. Manhattan Assistant D.A. Alexandra Cooper takes on the gruesome case while in pursuit of the Silk Stocking Rapist, who is terrorizing the Upper East Side. But Alex discovers that one crime thread leads to the other as she follows a trail of clues to the Bronx Botanical Gardens, where a group of Poe devotees may shed light on a stone-cold, modern-day murder of gothic proportions...and a cunning killer with a bone-chilling tale to tell.